New planning laws unveiled in the Queen’s Speech will require longer, more complex, and more personal engagement programmes with residents. They could also mean much higher costs to home builders if they do not get the consultation process right and projects become drawn out. Here’s my take on what this part of the ‘levelling up’ agenda means for the construction sector.

In a Sunday Telegraph interview ahead of the 2022 Queen’s Speech, housing secretary Michael Gove hinted at some of the legislation to come. Standouts include:

The new emphasis on consulting residents includes plans for ‘local design codes’ for communities to decide what type of building they want in their area. This should help maintain a consistent aesthetic, especially in rural communities fearful of identikit modern housing arriving on their doorstep.

The downside for home builders is that the consultation process will now be longer and with way more barriers. Here’s how I believe they should pivot their local consultation.

The future of local planning consultation

For years, local planning consultation has been stuck in the old ways and needs a reboot. Residents often feel bypassed by planning developments, which could have contributed in part to the Conservatives’ surprise loss of Chesham & Amersham to the Liberal Democrats and may have prompted a rethink at the government level.

While the benefits are clear for local communities – a much-needed increased sense of ownership over planning decisions – the way I see it, Gove’s plans will:

There’s an opportunity here. As the pandemic demonstrated, public consultation has moved on from the traditional meeting in a local community centre to a hybrid model, where the ramping up of online content helps broaden the reach of public consultation.

Grayling’s research finds that around half (49%) of Britons we interviewed say they’d be more likely to be involved in public consultation if they could respond digitally. We see a cross-generational trend, too; it’s not just younger, digitally native people who want digital engagement on local issues that matter to them.

What the Government proposes in the Queen’s Speech invites home builders to be more creative in the way they present plans to locals, involve them and, over the long term, even build trust between two factions that often are at odds.

Whisper it, but a good experience and happy community could make future planning consultations that much easier.

At Grayling Engage, we’ve also demonstrated that local engagement through digital channels can inform and persuade locals of the value of a development and encourage their feedback and support.

In 2020, at the height of the Covid-19 pandemic, Grayling Engage led the public consultation process on behalf of the developer Cube Real Estate for Unilever’s new global HQ in Kingston-Upon-Thames.

Due to restrictions in place at the time, we couldn’t present plans in person for the new development, which would see the regeneration of an underused, largely vacant site in the centre of the town. So, we used Grayling’s proprietary tool, GraylingEngage, to communicate with residents about Cube’s plans.

Our two-phase consultation also included digital meetings with key stakeholders in the town, including the local university, politicians, and business groups. We also hosted exhibition boards and a live chat function so residents could speak directly to the project team. We also delivered 2,500 leaflets to neighbours and took out adverts in the local press.

Across the entire consultation period we:

Following consultation, more than 50% of respondents agreed in principle with the plans for the site. You can read the full case study here.

The Kingston-Upon-Thames project shows what can be achieved when planners engage with local residents and stakeholders. It’s all about keeping the communication flowing and listening to feedback.

We can expect to see a lot more of this type of digital-first engagement following the Government’s announcement on the future of planning. If you partner with Grayling on your next consultation, you will be working alongside a communication team that has proven expertise at delivering successful digital-first consultations with local residents and stakeholders.

If you would like to find out more about the Grayling Engage platform, get in touch on engage@grayling.com 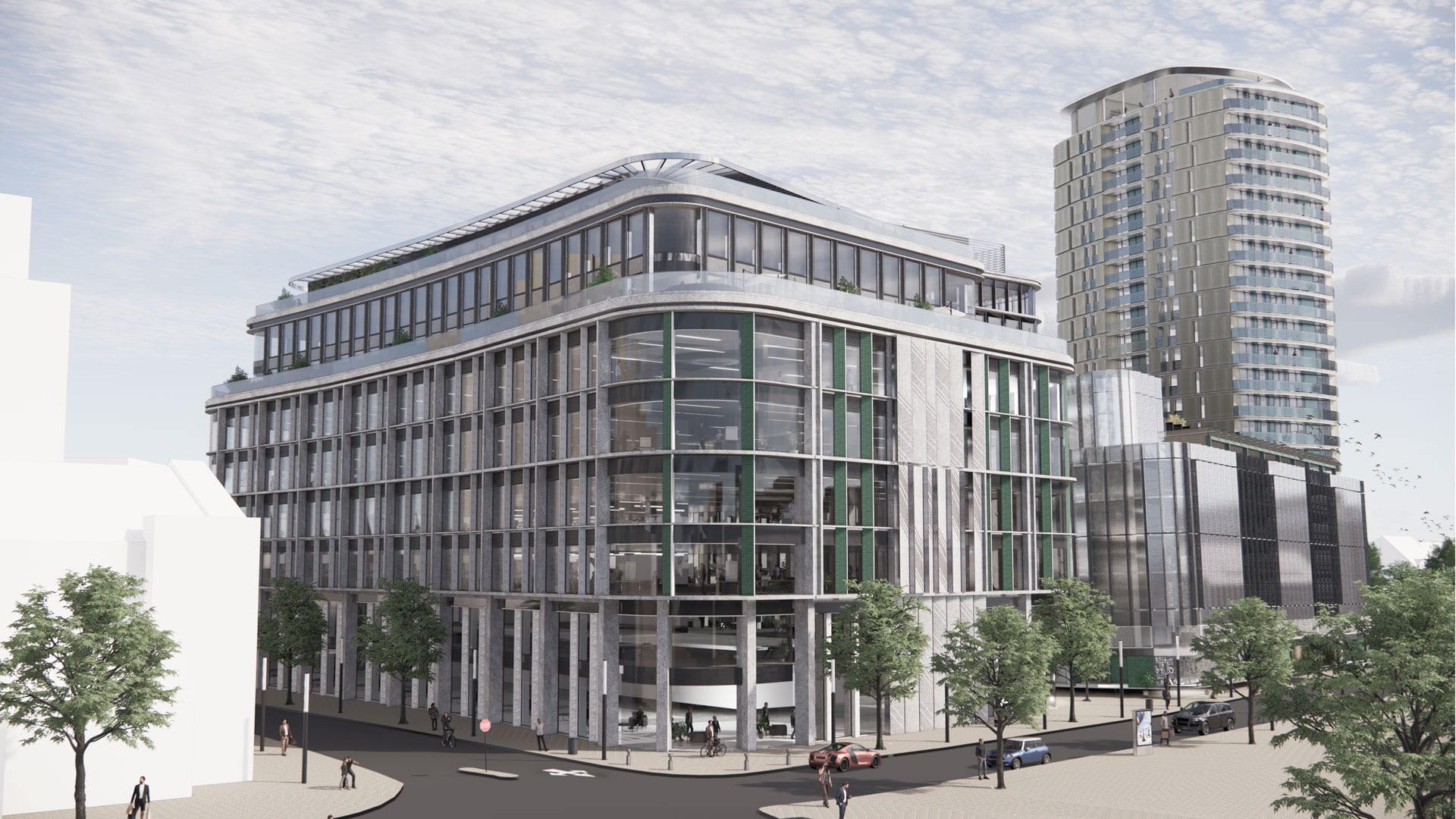 On 31st March 2021, Kingston Council approved the plans for Unilever’s new global headquarters to be developed in Kingston upon Thames town centre in the UK. This decision means that Unilever, the company behind many household brands such as Marmite, Ben & Jerry’s and Dove, would be consolidating its workforce from five sites across London and Surrey, bringing 2,000 jobs into Kingston.

In addition to the offices, the plans include the construction of a new residential building, car park and landscaped gardens. This development will regenerate an underused and largely vacant site into an attractive, accessible campus in the heart of the town.

These plans are very exciting for Kingston, even more so as they were designed with local people. Over the past year, there has been a significant amount of work done to engage and talk to local residents, ensuring that these plans will be genuinely welcomed by local people. The Grayling Engage team led the public consultation process (on behalf of the developer, Cube Real Estate) for these plans and has delivered despite the pandemic.

In pre-COVID-19 times, the consultation process for plans like these would involve face-to-face events (in a public library or church hall) where the plans would be open to the public who could ask questions to staff. For obvious reasons, this wasn’t something that was possible in 2020, but we still needed to make sure that the community was properly engaged with, even if we couldn’t present the plans in person.

Instead, the public engagement for this development took place entirely online through EngageOnline, Grayling Engage’s fully customisable and flexible platform which keeps the conversation going online.

The consultation process for these plans took place in two phases. In both consultations, exhibition boards and a feedback form were hosted on the website, as well as a live chat function so residents could speak directly to the project team. Following consultation, over 50% of respondents agreed in principle with the plans for the site.

Residents were kept informed of the consultations and design development through highly targeted social media advertising. To ensure all residents were reached, more traditional methods were used as well, with over 2,500 leaflets delivered neighbours and adverts placed in the local press.

In addition to the public consultations, throughout the design process digital meetings were held with key stakeholders in the town, including the University, Kingston Chamber of Commerce, Kingston First, the town’s Business Improvement District, and local politicians. When the application reached committee, it did so with letters of support from the University and both business groups.

Despite a global pandemic and the normal way of working being totally transformed, we still managed to fully engage with local people in Kingston who would be most impacted by these plans. Across the entire consultation period we:

One of the largest sites to go through planning totally virtually, this represents a real shift in how we should look at consultation. Through our work during the pandemic and our Future of Engagement research, Grayling Engage has continued to develop EngageOnline over this period, with new features being added to ensure that we can keep the conversation going online.

Receiving planning approval for these plans is just the beginning for this project and the delivery of this online engagement is just the start for EngageOnline. If you would like to find out more about the platform, get in touch on engage@grayling.com

To mark the launch of new platform EngageOnline, Rikki Butler, Head of Grayling Engage discusses the rapid shift to digital consultation methods during the pandemic.

The COVID-19 pandemic has undoubtedly changed the way we engage. Society as a whole has switched to using technology at a greater rate than ever before, while businesses, politicians and stakeholders have been forced to rethink their approaches to engagement.

The impact this has had on consultation and engagement practices came across loud and clear in our new research, highlighted in new report The Future of Engagement, published today in partnership with the Royal Town Planning Institute (RTPI). Through UK-wide research with the general public and industry professionals, we explored how the pandemic changed public decision making, and what this could mean for the future.

We found that the rapid shift to online platforms has led to the vast majority (83%) of consultation professionals changing the way they engage with local communities on key projects across the infrastructure, housing, retail, energy, and health sectors.

However, while many industry professionals said they would now feel more confident in proposing creative methods of engagement, many recognise that their teams often lack the digital training, skills and tools they need to be as innovative and effective as possible (73% of industry survey respondents). In addition, two out of three professionals believe it’s possible to go ‘too far’ with digital engagement, suggesting there remains a firm need for face-to-face activity post lockdown.

As conversations that traditionally took place in town halls, libraries and other public spaces have moved online, almost half (49%) of the general public surveyed said that having the ability to respond digitally as well as face-to-face would make them more likely to get involved in consultations, particularly with younger respondents.

This suggests digital engagement could be the key to unlocking participation from a larger, younger and more diverse cohort – which would help ensure the many decisions needed to help the country adapt after the pandemic more accurately reflect the needs of a rapidly changing society. But it shouldn’t be a choice between digital or face-to-face engagement – both have an important role to play.

That’s why our new virtual engagement offer, EngageOnline, has been designed to be as effective for ‘digital only’ consultations as it is for ‘blended’ programmes. It is not a pastiche of in person events – it is a user friendly, all-device-compatible online home for the project.

EngageOnline is a fully-customisable platform to facilitate online consultation and engagement programmes. Designed to provide the tools needed to comply with the consultation requirements for Nationally Significant Infrastructure Projects, it is also flexible enough to meet the needs of a wide range of other projects from planning applications for housing developments, to change programmes being run by the NHS.